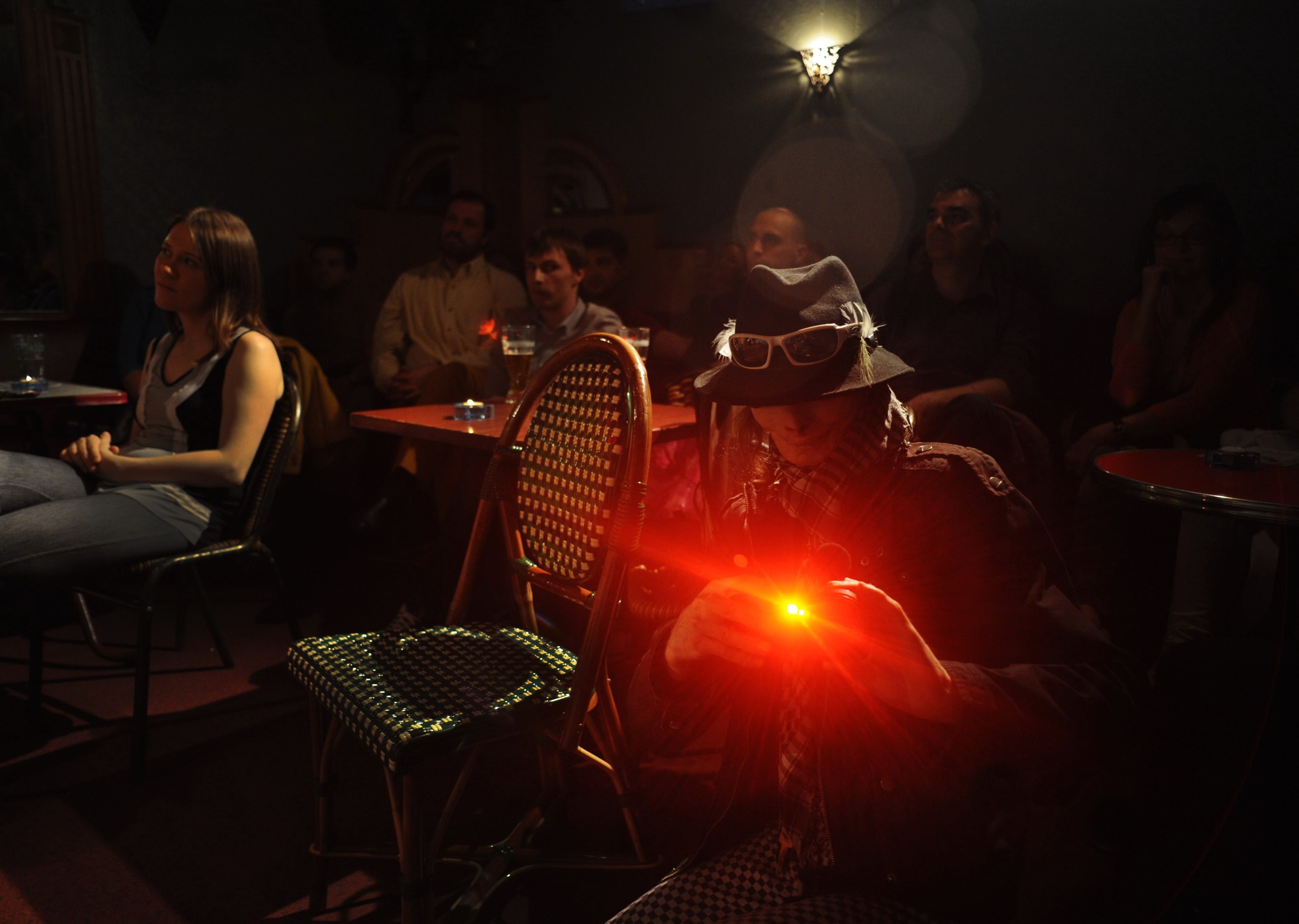 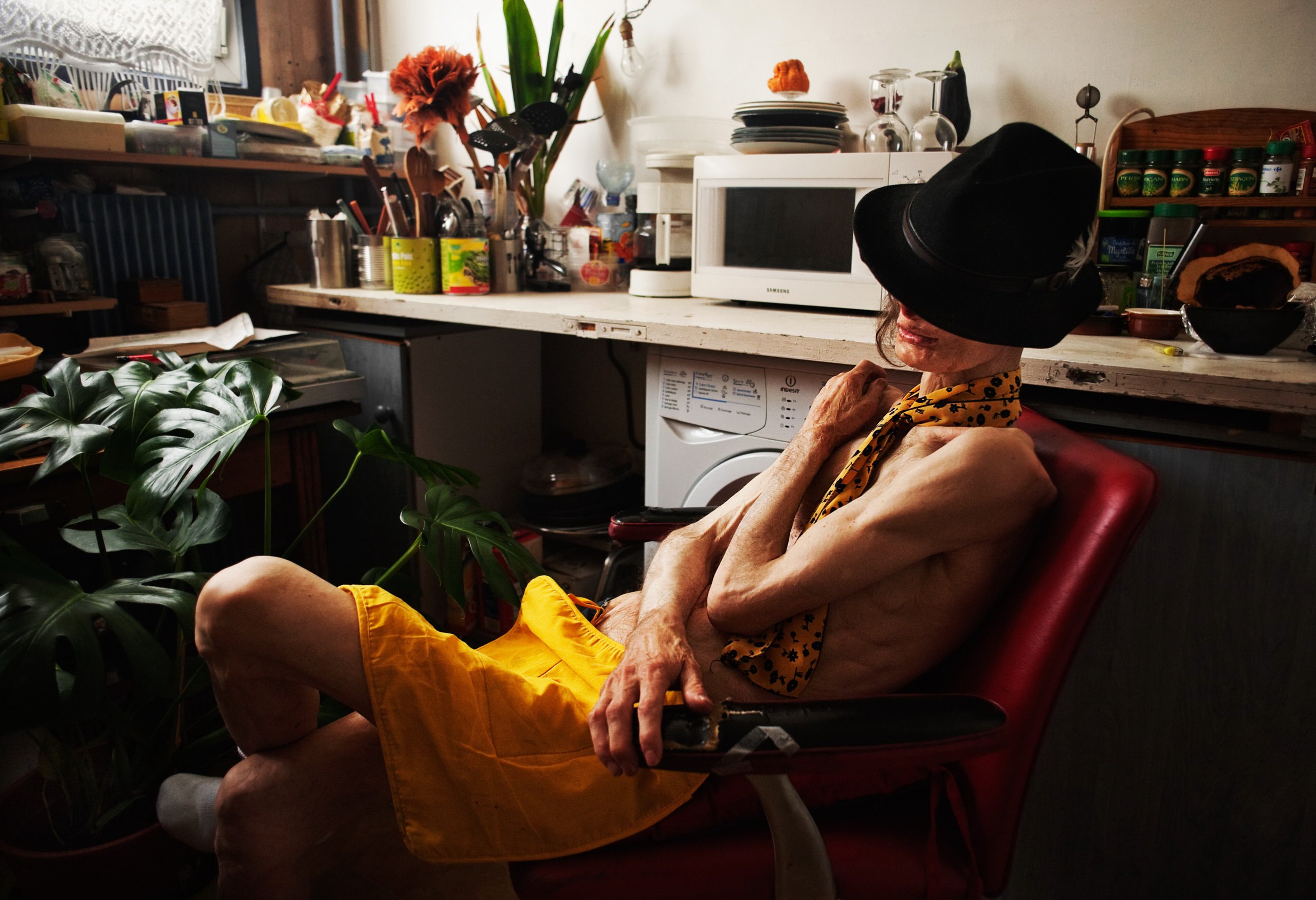 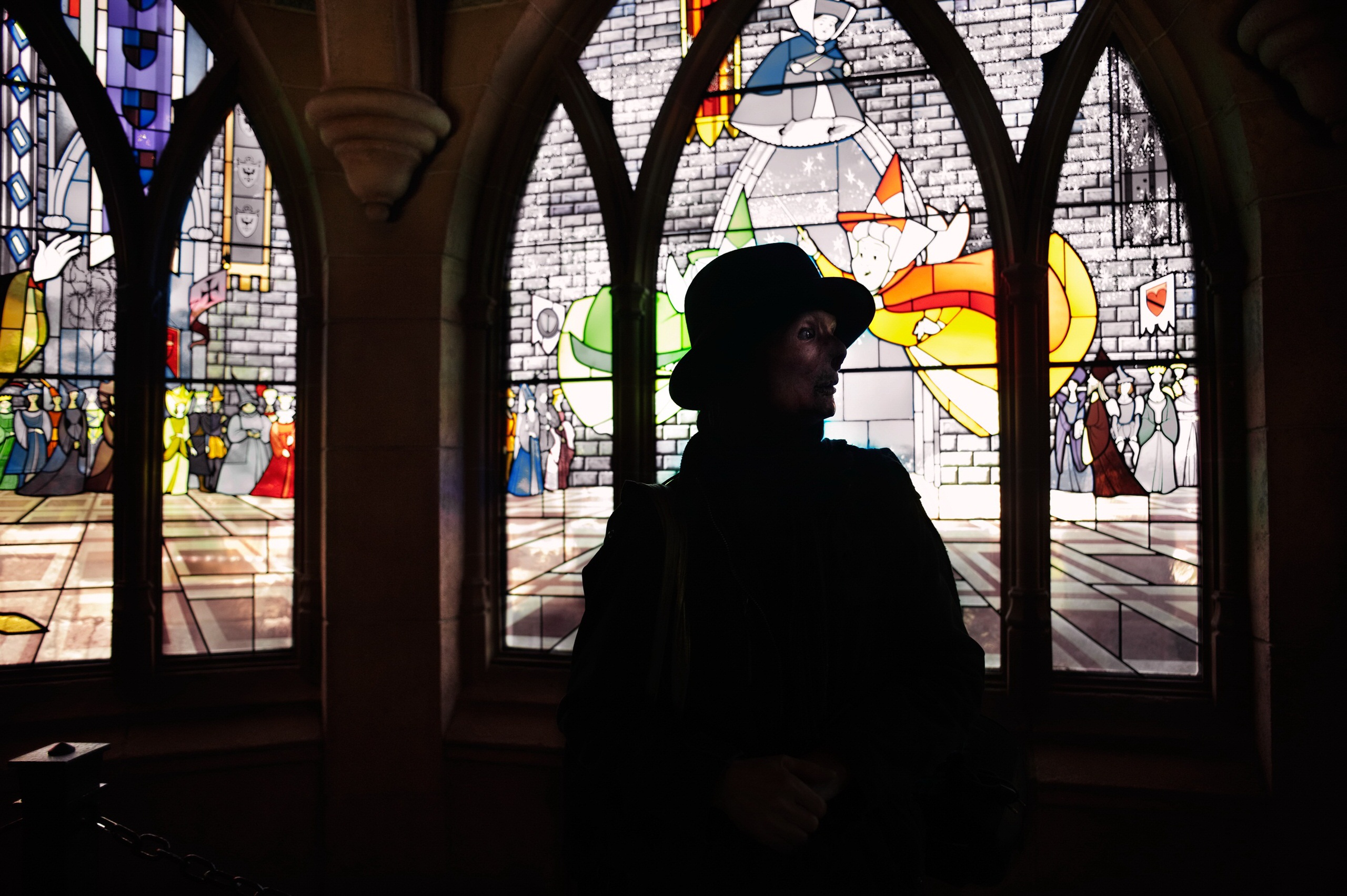 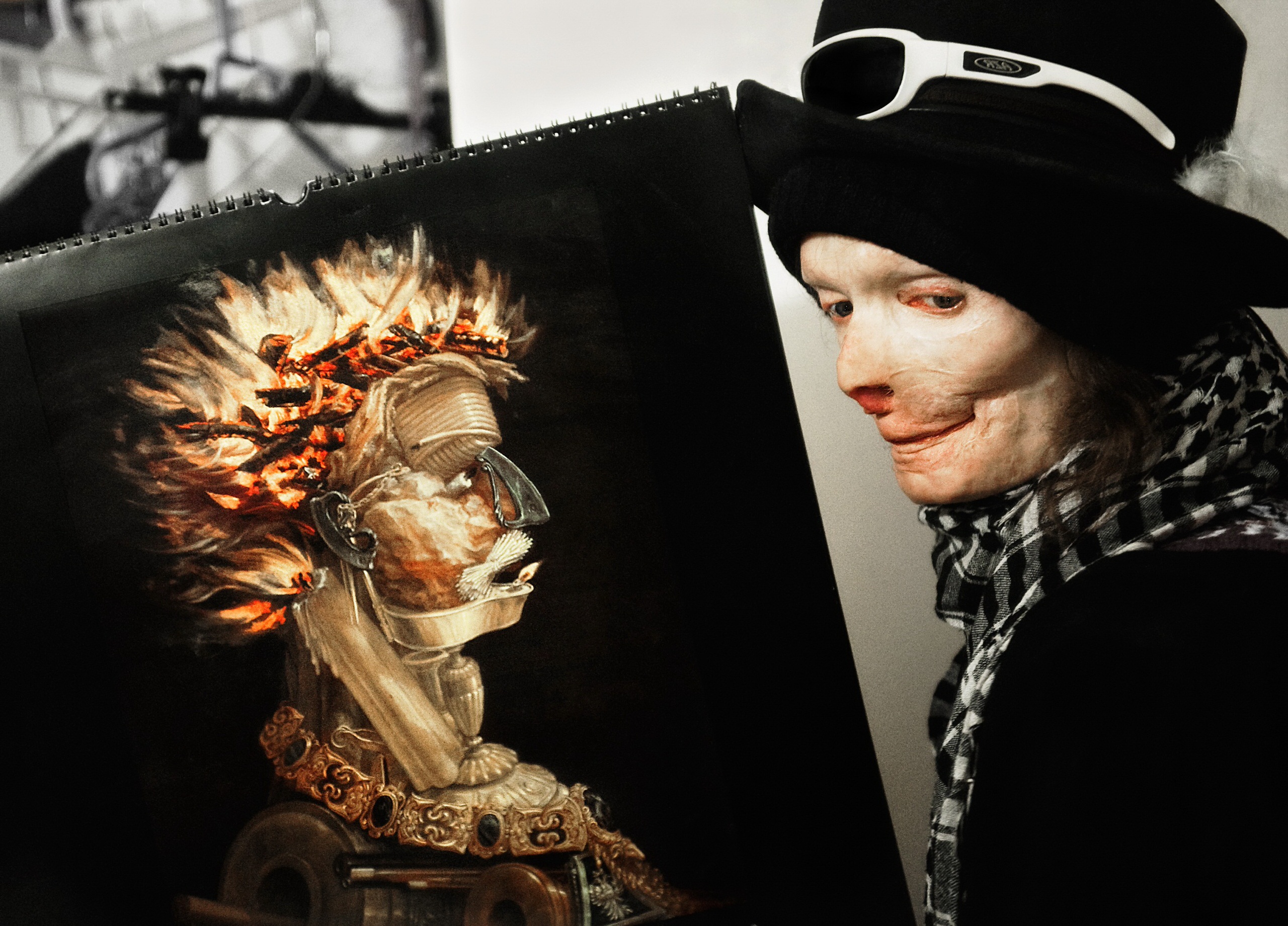 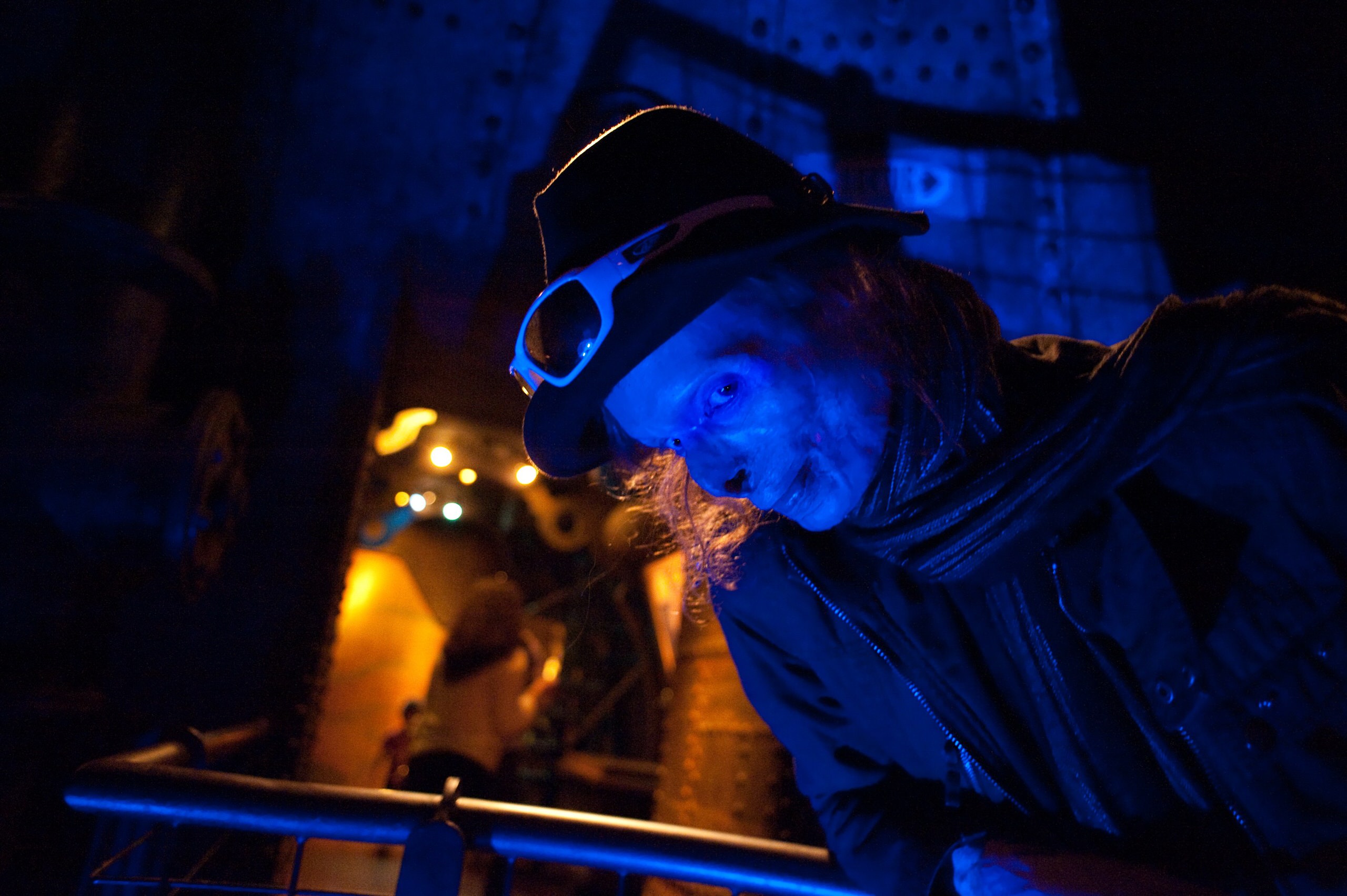 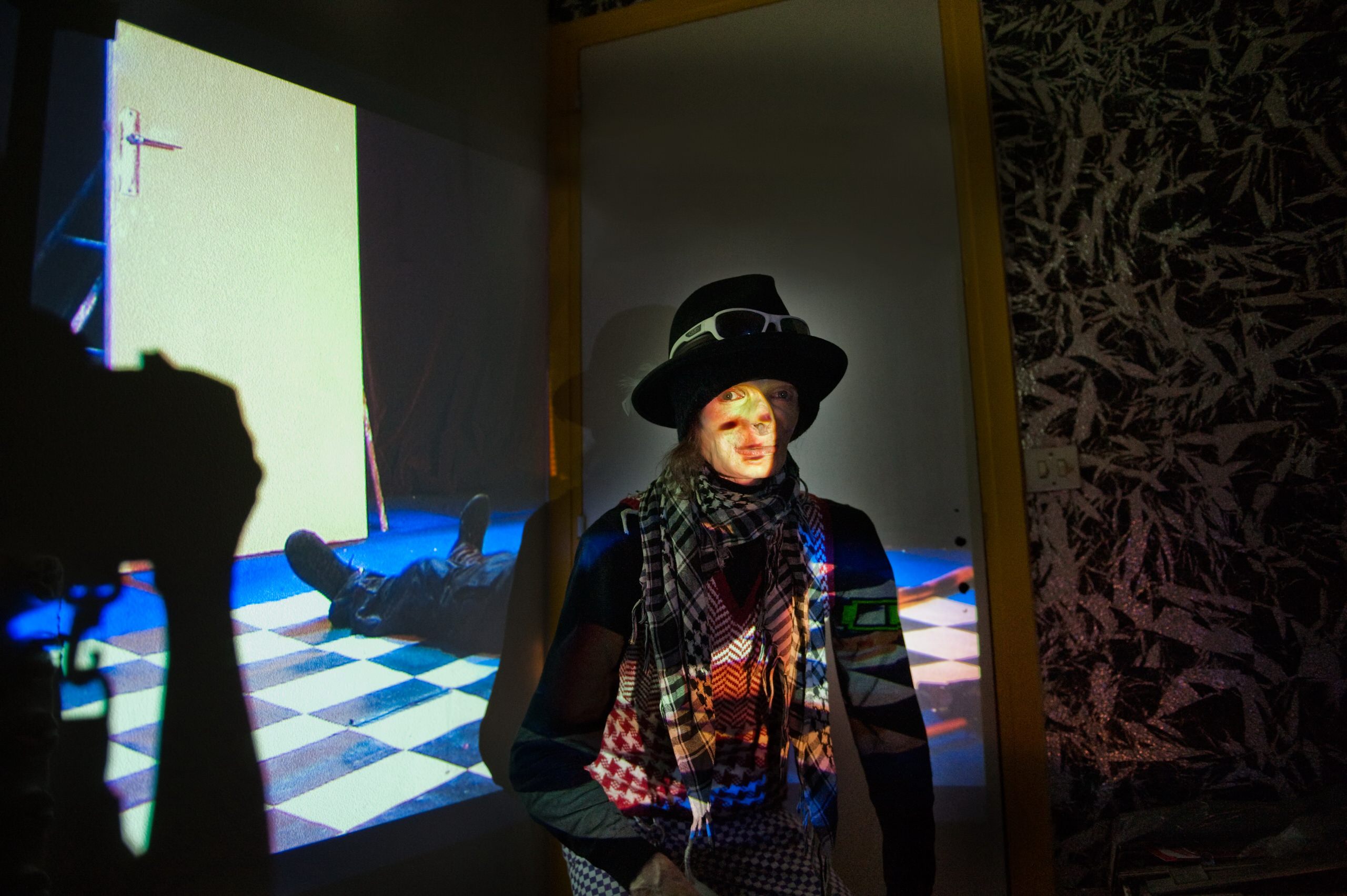 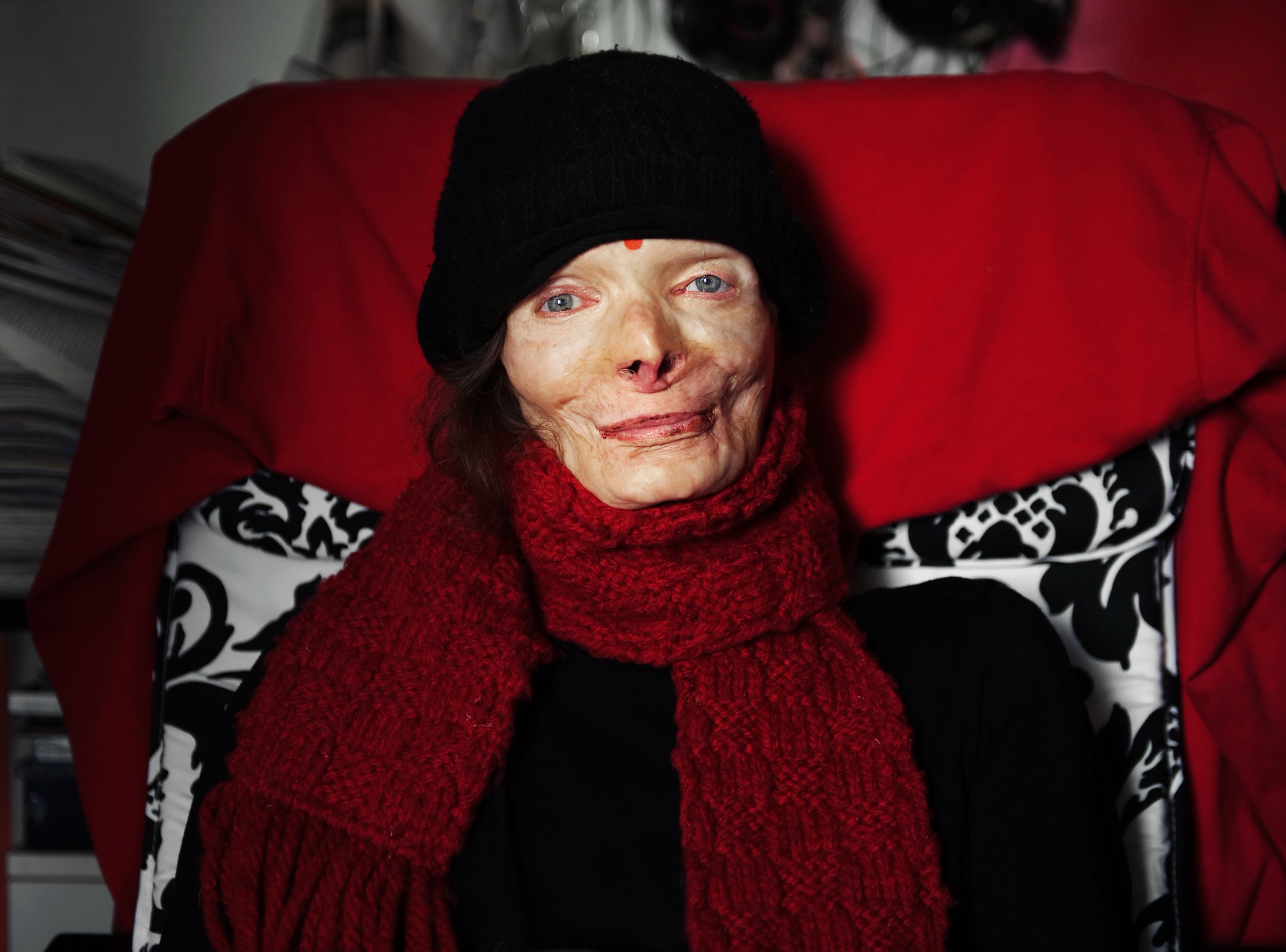 Heavy rain poured; muggy mire permeated the air. It was getting dark, the streets were growing empty and Paris’s cozy cafes were packed with people. I found myself in one of these cafes. The evening was rather dreary, with the usual music playing, but suddenly I noticed a presence beside me. I couldn’t tell who it was, but even without turning my head I felt wonderful energy filling the surrounding space. I tried to spy him out in the crowd and then felt faint inside as our gazes met. One of my friends said “This is a man in a mask”. Without looking away I replied “No, this is no mask”. The stranger smiled at me, and I didn’t know what to do next, but couldn’t move, much less leave. I kept watching him, taking in every gesture, his inner power, and incredible energy with which he filled everything around him. We started talking; he showed me his drawing of nude, faceless people. Their bodies writhed; they seemed to be saying something or really wanting to say something, to shout, to whisper, or to cry something. He would take me to his drawing studio the following day. From then on we spent all of our days together, from morning until the last run of the night bus. He showed me Paris, one that was different from the Paris that others saw and that I had seen before. This was another Paris, another life, and another myself. The more I knew my new self and understood this new language, the more afraid I became of losing it all. When the time came to leave, I stayed. Daniel. His mask was more beautiful and truer than a thousand faces… His face gave off thousand times more warmth than any mask… He was a real “Pierrot le Fou”, though not a fan of Jean-Luc Godard. Wherever he appeared, he immediately won people over. His inner strength and energy attracted and delighted. He dressed unusually and imaginatively; his hat, his assorted cloaks, and the trolley in which he carried his camera and drawings conjured an image of a mysterious ghost strolling around Paris at night. He moved with grace and confidence; his gait and his gestures were expressive and aristocratically refined. He danced beautifully and would dance nearly every time he heard any music. Women fell for him and everyone around him took an interest. He knew this and like to play with it… Passersby often mistook him for a woman; he never corrected them. He said that understanding a woman takes partially being a woman. He joked around a lot; he was cheerful and carefree; sometimes he talked a lot. To drown out the pain. He slept once every three days and ate practically nothing. He took painkillers, hand-rolling and chain-smoking his cigarettes. At some point, I realized that I had the same lifestyle as he. The doors of his home were always open to everyone on either side. He didn’t hide anything… And yet, after telling his life story to someone, more often than not he didn’t want to see that person again. This dream was a reality. There wasn’t enough time for it to become a fairy-tale. One can always start a new life. And Daniel had many such lives. He would say that sometimes you have to give up one life to save another.